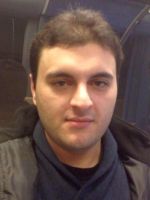 Office hours:
By appointment by e-mail.

I am currently a doctoral fellow at the MCMP, working under the supervision of Prof. Dr. Stephan Hartmann. I obtained my Master's degree in Theoretical Physics from the Faculty of Physics in LMU Munich, and before that, I received my Bachelor's degree in Electrical Engineering from the Amirkabir University of Technology in Tehran, Iran.

My main research interests lie within the philosophy of physics, philosophy of science and metaphysics. In particular, my doctoral project focuses on the notion of causation in light the of the apparent conflict between the non-local character of quantum entanglement and the impossibility of having superluminal influences as the causal demand of (Einstein's theory of) Relativity. To this end, via assessing the metaphysical status of Reichenbach’s common cause principle, I examine the most promising account of explaining causal connections between space-like separated events. Preceding to my doctoral project, I have already completed my Master's dissertation in the philosophy of physics. My Master's thesis, which is entitled "On the Reality of the Wavefunction," investigates the validity of the Pusey-Barrett-Rudolph (PBR) theorem and its implications for the ontological status of the wavefunction.

"On the Reality of the Wavefunction." To be submitted to Studies in History and Philosophy of Science.