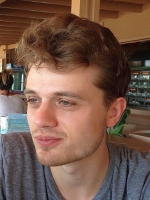 I obtained an MSc in the philosophy of science from the London School of Economics and a BSc in Physics and Philosophy from the University of Nottingham. I am now undertaking a PhD at the Munich Centre for Mathematical Philosophy at LMU under the supervision of Stephan Hartmann.

My current research interests are the philosophy of physics and philosophy of science. In particular, I am interested in issues of explanation arising within physics, especially those concerning the relationship between geometrical and dynamical symmetries of spacetime theories. My PhD project aims to clarify the sense in which the dynamical symmetries of laws are explained by the geometrical symmetries of spacetime. In order to do so, the project brings the recent emerging work on non-causal explanation to bear on this issue.