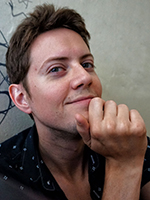 I received a PhD in philosophy (2017) and an MS in mathematics (2019) from the University of Illinois at Chicago. My dissertation was a set of three papers on various facets of explanation in math, while my MS thesis studied a disagreement among mathematicians about the best proof of the quadratic reciprocity theorem. Before coming to the MCMP, I was a Lecturer and Instructor at UIC, where I taught a wide variety of philosophy and logic courses. I grew up in rural western New York and studied philosophy at Canisius College, a small Jesuit liberal arts school in Buffalo. You can see some photography of mine on Cargo or Instagram.

I think of pure math as a special science, and so I think it’s not only appropriate but essential to use the history and practice of mathematics as resources for understanding science as a whole. Much of my work has tried to do this. I’ve written from a mathematical viewpoint about intertheoretic reduction, models, understanding, the ontic conception of explanation and other explanation-related themes. In math, my tastes run to the discrete rather than the continuous (i.e. things like algebra, number theory, graph theory and logic). I also have interests in metaphysics, epistemology, aesthetics and applied ethics.