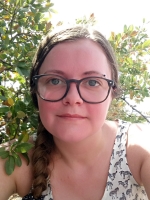 My current research intersects classical and formal epistemology. I am currently developing a new kind defense of a of epistemic coherence. I provide an account of how we can translate the coherence of a set of beliefs into the justification of an individual belief by looking at the coherence of all the subsets of an agent's beliefs. I further argue that the coherence between an agent's meta-beliefs and her first-order beliefs plays an important role in avoiding some of the common problems for coherentism such as the worry of vicious circularity and the problem of alternate coherent systems (including conspiracy theories).