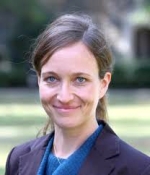 Catherine’s interests are widely spread. Her specializations are in philosophy of the social sciences and the history as well as methodology of economics. She is also interested in the use of social network analysis in the history and philosophy of science and in sociological studies of Gender issues in philosophy. Her current research projects are concerned with: (1) the history of axiomatic choice theories in 20th century economics and the behavioral sciences more generally; (2) the nature of scientific explanation in relation to reductionist strategies in economics; (3) the nature and role of critique in philosophy of the social science; (4) questions around the progressiveness of behavioral economics; (5) interviewing prominent economists, philosophers, and psychologists about their work on rational choice theories broadly understood; and (6) sociologically analyzing the situation of women in philosophy.