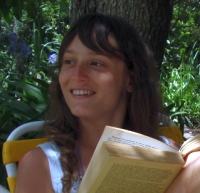 My research is in philosophical logic, formal metaphysics, and the philosophy of logic and mathematics. I have a special interest in reference and content, deflationary conceptions of truth and satisfaction, propositions, properties, and classes, absolute generality, second-order logic, the determinacy of mathematics, mathematical pluralism, neologicism, logical pluralism, logicality, logical constants, and logical consequence. I'm also interested in ontology, epistemology, philosophy of language, and metaphysics broadly construed.

I received my PhD from the University of Buenos Aires in 2015. After that I spent a year as a postdoctoral fellow at the Center for Advanced Studies and two years as an Assistant Professor at the Munich Center for Mathematical Philosophy (MCMP), both at LMU Munich.

I'm a member of the London Group for Formal Philosophy, the MCMP, the Buenos Aires Logic Group, the Argentinian Society of Philosophical Analysis, and the Logicians' Liberation League.