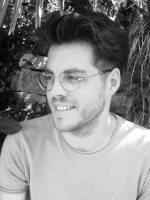 Stefan Rinner completed a Masters (2010) and a PhD degree (2016) in philosophy, each at the University of Salzburg, where he also works as an External Lecturer at the Department of Philosophy. In 2010 he received a Scholarship of the Autonomous Province of Bolzano-Bozen on the basis of which he did research on his doctoral thesis at the Department of Philosophy at the University of Salzburg. In 2017 he joint the MCMP as a post-doctoral fellow with a Fritz-Thyssen Research Grant.

In 2010 Stefan Rinner was awarded the Prize of the Austrian Ministry for Science and Research (Würdigungspreis).