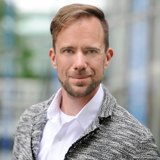 With a background in logic and philosophy of science I am particurarly interested in scientific reasoning with a focus on causal inference and foundations of probability. Between 2007 and 2017 I was teaching topics from logic, philosophy of science, and formal epistemology at LMU Munich and other universities (as, e.g., causal reasoning in Bayesian networks at the Forum for Artificial Intelligence Research, University of Stellenbosch, South Africa). I was a member of the ERC project group "Philosophy of Pharmacology: Safety, Statistical Standards and Evidence Amalgamation" from 2015 through 2017. During my time at the MCMP I organized several workshops and conferences in various places (Munich, New York, Pécs etc.). An additional focus of my work was in science communication. Some of my projects in that field are documented on the MCMP media page.

My research centers around formal epistemology and philosophy of science, causal modeling, the metaphysics of causation, causal paradox, conditionals, Bayesian reasoning and Bayesian networks, foundations of probability, as well as algorithmical aspects of classical and philosophical logic. I have a background in logic, computational linguistics, automata theory, databases, object oriented programming, and cognitive linguistics. In my doctoral thesis (2012) I extend the Bayes net interventionist account of causality to allow for causal inference (explanation and prediction) from causal and non-causal knowledge. As a member of the ERC project on the "Philosophy of Pharmacology" I applied causal inference methods to problems of risk assessment in pharmacological research.