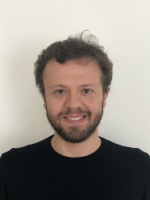 Lorenzo Rossi obtained a DPhil in Philosophy from the University of Oxford in 2016, under the supervision of Volker Halbach and Tim Williamson. During his DPhil, he spent a visiting semester at NYU (visiting supervisor: Hartry Field) and Salzburg (visiting supervisors: Julien Murzi and Charlotte Werndl). After his DPhil, he was a Research Fellow at the University of Salzburg, in the framework of an FWF-funded 4-years project he co-wrote with Julien Murzi on semantic paradoxes and absolute generality. In October 2019 Lorenzo became Assistant Professor at the Chair of Logic and Philosophy of Language. He left the MCMP to join the Center of Logic, Language, and Cognition (LLC) at the University of Turin in October 2021.

Lorenzo’s research has focused on theories of truth (mostly many-valued and substructural), revenge paradoxes, truth-theoretical deflationism, and trivalent semantics for indicative conditionals. In his current work, he is developing classical contextualist theories of truth that are compatible with absolutely general quantification, semantics for theories of grounding, and a unified approach to semantic paradoxes and the paradoxes of vagueness.