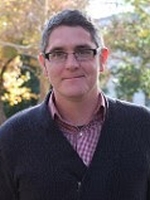 Eric Snyder completed a Masters in linguistics (2016) and PhD in philosophy (2016) at the Ohio State University. He then took a postdoctoral fellowship at Ohio State from 2016-2018, where he worked with Richard Samuels and Stewart Shapiro on a project concerning the meaning and acquisition of number concepts. In Fall 2018, he was a Visiting Assistant Professor of Philosophy at Smith College. In Fall 2019, he began a postdoctoral fellowship at the Munich Center for Mathematical Philosophy at the LMU, Munich, working under Hannes Leitgeb on projects related to numbers and plurals in linguistic semantics, logic, and the philosophy of mathematics. Eric holds now a position as Associate Professor of Philosophy at Ashoka University.

Eric Snyder’s research interests are in the intersections of philosophy of mathematics, philosophy of language, linguistic semantics, philosophy of mind, and logic. He has published papers on topics including: vagueness, predicates of personal taste, Frege’s theory of the real numbers, neologicism, different conceptions of the natural numbers, the meanings of cardinal expressions, the ontology of number, the meanings of fraction words, children’s acquisition of number concepts, counting and measuring in natural language, and paradox within natural language semantics. He has recently finished a manuscript titled Semantics and the Philosophy of Mathematics, under contract with Cambridge University Press. He is also currently engaged in two other book projects. The first is with Stewart Shapiro and concerns paradox in natural language, specifically paradoxes related to plurality (e.g. groups and nominalized properties), as well as the contemporary debate between singularism and pluralism with respect to the meanings of plurals. The other project is with Richard Samuels and Stewart Shapiro, and concerns developing an empirically informed philosophy of mathematics, one which is motivated by, and consonant with, contemporary research within linguistic semantics, developmental psychology, and cognitive neuroscience.