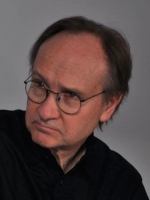 My academic training was originally in history; I was very dissatisfied with that discipline, little suspecting that it could get so much worse in years to come. I was then attracted by economics, and also got very interested in cognitive science. Eventually, when I found myself living in Hyde Park (Chicago), I gave in to the inevitable and enrolled in the philosophy graduate program there, where I encountered (among other teachers) Leonard Linsky, Bill Tait, David Malament, and Howard Stein. Also (among other students) Steve Awodey and Erich Reck. These people dragged my attention off in other directions at first, especially Howard, whose interest in his erstwhile teacher Rudolf Carnap much inspired me. But I am now finally getting around, belatedly, to applying what I learned from all those philosophers of science and mathematics at the University of Chicago to social science — which I’m still convinced we have no idea how to do properly. Though there are individual social scientists, usually quite lonely ones, doing great work in isolated corners, none of the relevant disciplines rewards the kind of study that could actually lead to a cumulative and consistent social science with empirical integrity and sociopolitical relevance. I would like to help articulate what its goals and program might be, if the deeply ingrained incentive distortions could someday be overcome.