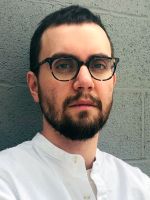 David is an Alexander von Humboldt Postdoctoral Research Fellow at LMU Munich. He received his PhD (2019) from the Department of History and Philosophy of Science at the University of Pittsburgh.

David is interested in explanatory reasoning and reasoning about scientific kinds. He focuses on cases in which these forms of reasoning might be flawed, and he explores the epistemic and ethical ramifications of potentially flawed reasoning. In his research, he integrates cognitive science research on biases, philosophical models of scientific reasoning, and analyses of cases from the history of science.