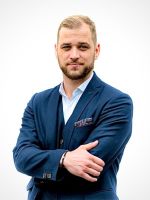 Timo Greger is since October 2020 Scientific Coordinator and Joint Project Leader of the BMBF project "KI und Ethik - ethische Herausforderungen Künstlicher Intelligenz" (KI-Campus). Previously, from October 2018 to September 2020, he was a scientific assistant at the Chair of Philosophy and Political Theory and research assistant (wissenschaftliche Hilfskraft) from December 2017 to September 2018 at the same place.

From 2013 to 2018, he studied political science with the minor-subjects economics and science of public administration at the Munich School of Political Science (diploma 2018). In parallel, he studied Philosophy (Bachelor 2017, Master 2020) and History (Bachelor 2019) at LMU Munich from 2014 to 2020.

Timo Greger was appointed by the Council of the Berlin-Brandenburg Academy of Sciences and Humanities as a Junior Fellow in the Interdisciplinary Working Group (IAG) Normative Constituencies of Democracy, which started its work in October 2020.