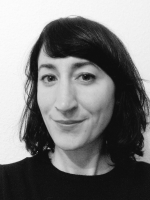 I obtained my PhD from the Tilburg Center for Logic, Ethics and Philosophy of Science (the Netherlands) in 2019. Prior to joining the MCMP I worked for two years as a lecturer within the Philosophy & Economics program at Bayreuth University. I hold an MSc in Logic from the Institute of Logic, Language and Computation (ILLC), University of Amsterdam, and a BA and MA in Philosophy from the University Ca' Foscari Venice. During my graduate studies, I visited the University of California Berkeley and the University Paris 1.

My work is mostly in the philosophical logic, practical philosophy, and philosophy of language. I am interested in questions about deontic reasoning and its relation to practical rationality, and in how philosophy of language can help us addressing puzzles about, among others, modals and conditionals. Recent interests include the attitude of “acceptance”, its role in deliberation, and its contrast with “knowledge” and “belief”.
I am a proud member of the Steering Committee for the Society of Deontic Logic and Normative Systems.