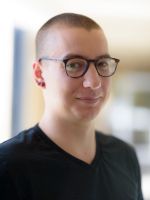 I completed my PhD at the Australian National University in 2021, on the difficulties raised for Causal Decision Theory by the possibility our choices fall under the authority of the laws of nature. In addition to a B.A. (Hons) in philosophy I hold a B.Sc. in advanced mathematics and physics, both from the University of Sydney.

I work primarily on using the tools of formal philosophy to approach traditional philosophical problems. In particular, my present work focuses on exploring whether seemingly intractable philosophical debates might be advanced by examining them in the light of practical, and not only theoretical, rationality (using the tools of mathematical decision theory). I have also in the past worked on the paradoxes of truth and self reference, and retain an interest in formal logic and formal approaches to philosophy more generally.